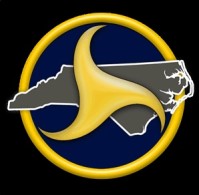 ​Preliminary Engineering Activities for this project
have been suspended.

The N.C. Department of Transportation is proposing to extend Carey Road (S.R. 1571) from Rouse Road (S.R. 1572) to U.S. 258, a distance of approximately 2 miles.  The purpose of the project is to provide a more direct east-west connection between U.S. 258 and northern downtown Kinston.  This more direct route would include the use of U.S. 258 or Paul's Path Road (S.R. 1001), Carey Road and Plaza Boulevard.

NCDOT is also looking at possibly building a bridge where the proposed Carey Road Extension would cross over the GTP rail spur.

The proposed project is included in the Kinston Urban Area Thoroughfare Plan in 1981, in the unadopted Plan of 1992, and is currently listed in the City of Kinston's Comprehensive Transportation Plan (CTP), adopted in August 2007.

As noted in the CTP report, published in March 2011. there is currently no direct local east/west connection between the northern portion of downtown Kinston along N. Queen Street (N.C. 58) and the residential and commercial developments located directly west of the city.  Traveling between these areas currently requies an indirect route which utilizes existing east-west and north-south roadways including U.S. 258 or Paul's Path Road (S.R. 1001), Hull Road (S.R. 1557) or Dobbs Farm Road (S.R. 1573, Rouse Road, Carey Road and Plaza Boulevard (S.R. 1571) respectively.

These previous plans mentioned the need for east/west connectivity between the City of Kinston and growing residential areas to the west and northwest.  The Carey Road Extension project, along with the Plaza Boulevard Extension project (STIP Project No. U-4018 – currently not funded), would complete a planned east/west route connecting U.S. 258 and N.C. 11 through the City of Kinston and would eventually give the residents residing northwest of Kinston a direct local route to N.C. 11.

NCDOT completed a feasibility study of the proposed project in February 1997.

After review of all comments received at the public meeting on October 10, 2017 and throughout the comment period which concluded on October 27, 2017, a recommended alternative was selected for more detailed design work.

Alternative 2, the southern alignment, was selected as the recommended alternative.

The recommended alternative also proposes the construction of a bridge over the railroad and for Hull Road to connect to the Carey Road Extension. Based on comments received at and after the public meeting, the realignment of Hull Road has been shifted several hundred feet to the west, closer to U.S. 258.

The NCDOT project team has initiated the process to develop final plans for the recommended alternative which will be used for right of way acquisition and construction.

* Estimated Costs are subject to change