The N.C. Department of Transportation proposes to replace the bridge on N.C. 226 over North Fork First Broad River in Rutherford County. The project includes replacing the existing bridge with a new bridge that will include two 12-foot travel lanes and 7-foot shoulders.

The purpose of this project is to provide a safe crossing on N.C. 226 over North Fork First Broad River due to the bridge, while being maintained for safety, has become structurally deficient and is approaching the end of its functional life.  A bridge is considered Structurally Deficient if it is in relatively poor condition or has insufficient load-carrying capacity. The insufficient load capacity could be due to the original design or to deterioration.

​N.C. 226 will remain open during construction, which should start in the spring of 2024 and last for about 12 months.

Traffic will be detoured through a temporary bridge over North Fork First Broad River, just north of the existing bridge. 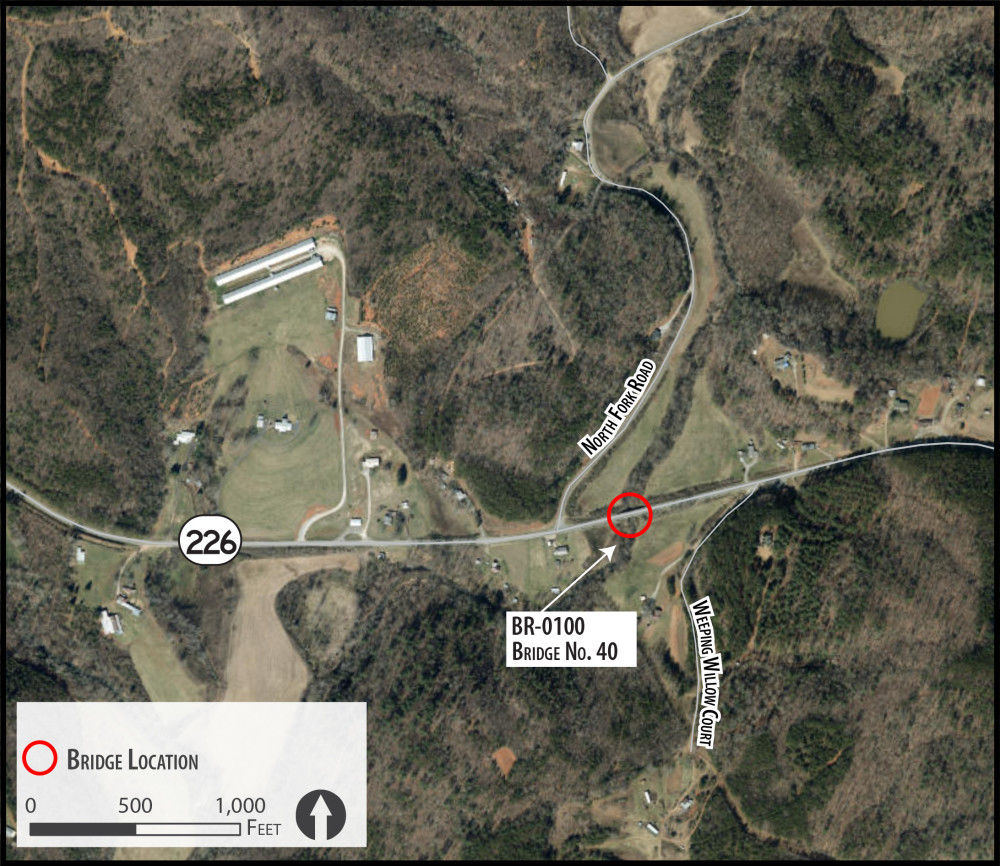 * Costs are preliminary and subject to change

Due to Covid-19, NCDOT has suspended in-person meetings until further notice.

NCDOT accepts comments throughout all phases of project development.
The public is encouraged to leave comments using this website, email, or phone number