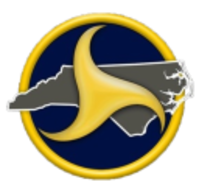 This site is intended for information dissemination / comment / question collection for this project.

This project is included in the State Transportation Improvement Program (STIP)

Planning and development are underway on a proposal to improve traffic congestion and travel times by converting Capital Boulevard (U.S. 1) between I-540 in Raleigh and Purnell/Harris Roads in Wake Forest to a controlled-access highway.

Controlled-access means ramps at interchanges would provide entry onto the roadway, cross-streets could have overpasses, and private driveway connections would not be allowed.

Travel times are highly variable, making it difficult for drivers to plan trips. A trip at evening peak hour, for example, can take up to four times longer than trips at non-peak times.

To watch the video of the December 9, 2021  Virtual Public Meeting click here 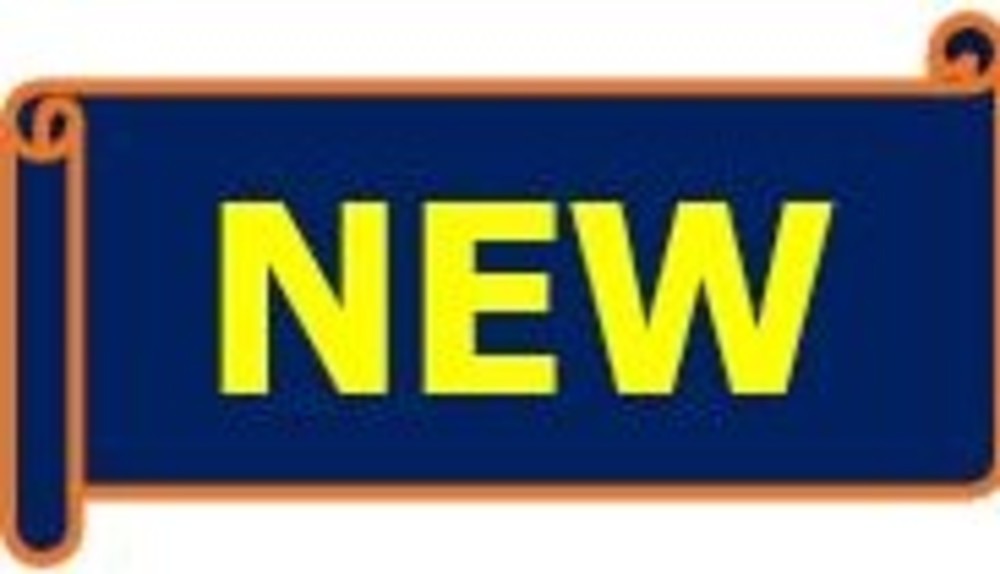 Responses to questions received at the December 9, 2021 Virtual Public Meeting

Upgrading to a controlled-access highway would help relieve congestion experienced in the corridor and improve travel time reliability. U.S. 1 currently carries between 32,000 and 65,000 vehicles per day and is anticipated to carry between 44,000 and 75,000 vehicles per day in 2040 (No Build scenario). Travel times along U.S. 1 are highly variable, making it difficult for drivers to plan trips. A trip in the PM peak hour on at least one segment of the U-5307 corridor can take up to four times longer than trips at non-peak times.

Due to Covid 19 precautions, NCDOT has suspended in person meetings until further notice. 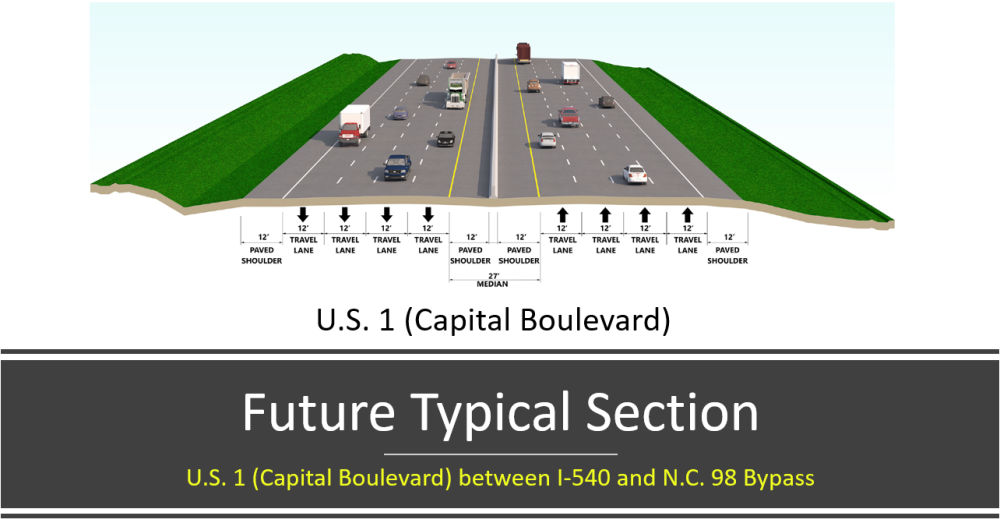 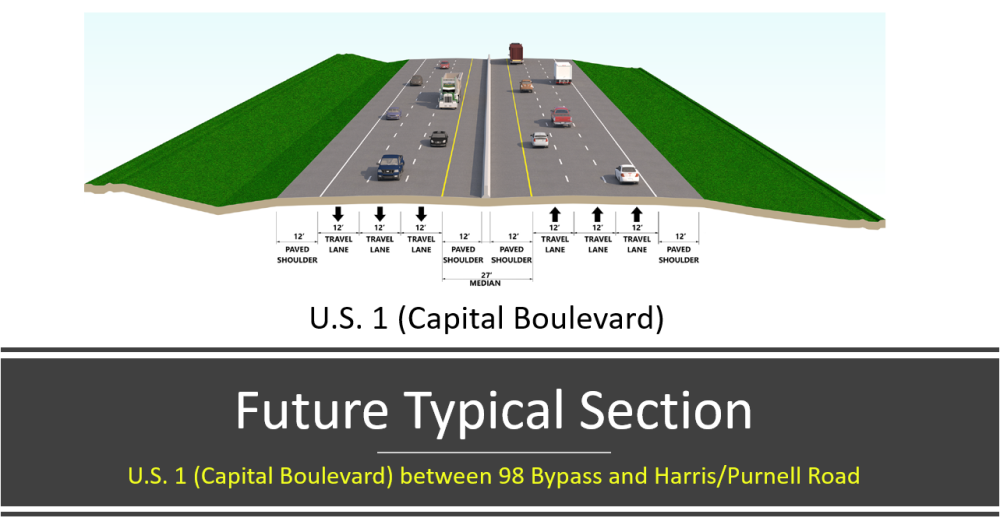 Public Meeting Maps can be viewed or downloaded by clicking on the following links.

Due to the number of maps required to show not only the project but the various options, and service roads, one option is shown on the main map for the section of the corridor mapping.  This does not indicate preference.
For Intersection where options are being studied, options can be viewed and commented on by clicking on Option name (link will open in popup window).
NCDOT Survey
NCDOT Survey
NCDOT Survey

Service roads are being proposed in select areas.

The maps below show where service roads are proposed, other than those shown on options above.

If a service road is proposed on an option shown above, selection of the option would determine the service road option. 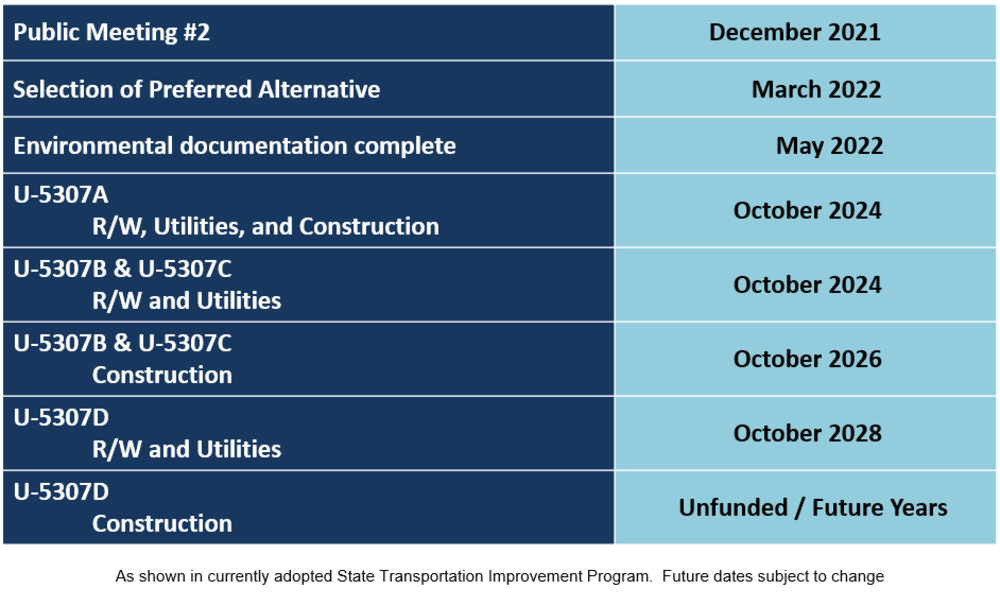 Please submit all comments or questions for this stage of project development to NCDOT by January 7, 2022.

The National Cooperative Highway Research Program has developed a tool to help us measure the effectiveness of our public involvement activities.

We are interested in your perceptions of the public involvement activities, events, and processes that have occurred up to this point in time.

Your answers are completely anonymous.Your feedback is very important to us. We will use the data collected from this assessment to evaluate the public involvement for this project so that we can best meet the needs of those potentially affected by the project.