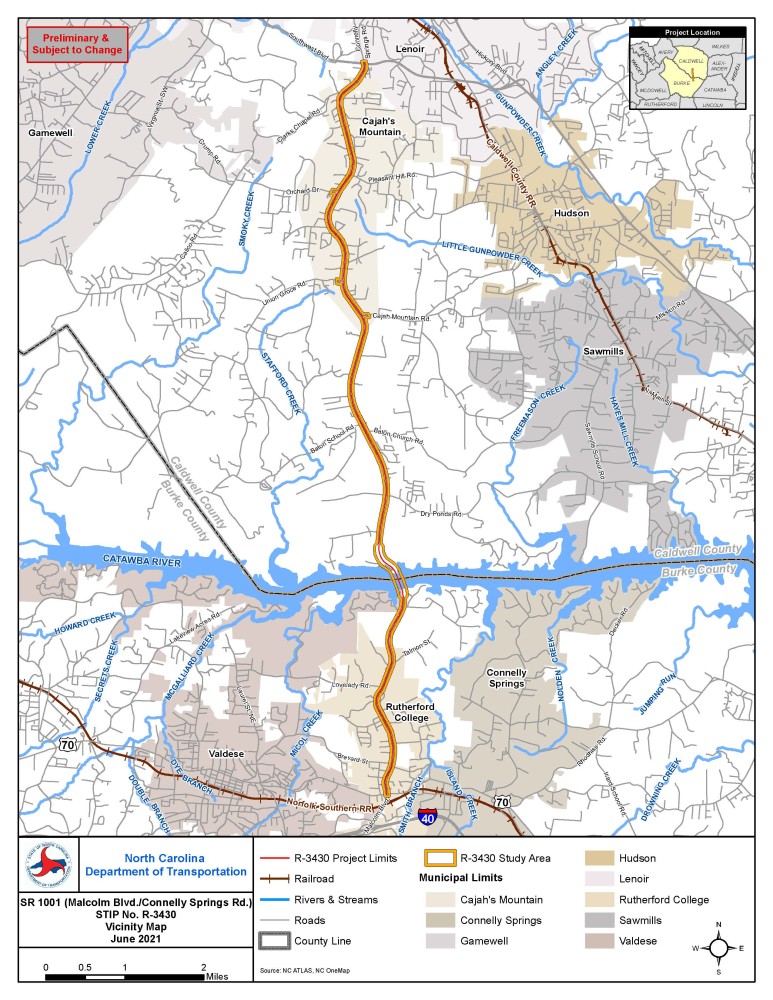 The project is divided into three sections:

The handout provides information about the project.

The project, with varying sections, has a long history.  When the project was federally funded, an Environmental Assessment was completed for improvements from Dry Ponds Road to Southwest Boulevard in 2009.  The public hearing, completion of the final environmental document, and final design preparation were suspended as the project was removed from the State Transportation Improvement Program.  The project restarted in Spring 2018 with new project limits.

Alternative 2 consists of building a new parallel 51-foot wide bridge about five feet west of the existing bridge. Traffic would remain on the existing bridge until the completion of the new bridge, at which point the current bridge would be demolished. If a multi-lane roadway is ever needed in the future, the proposed bridge would be widened toward the location of the current bridge.

Aerial view of Section B, including the replacement of Castle Bridge. 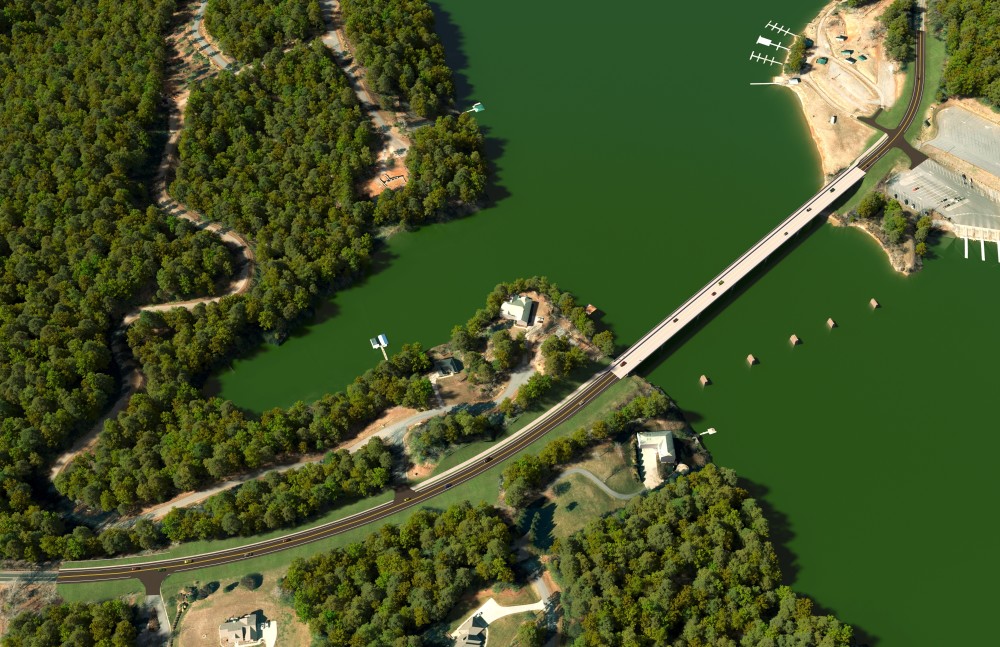 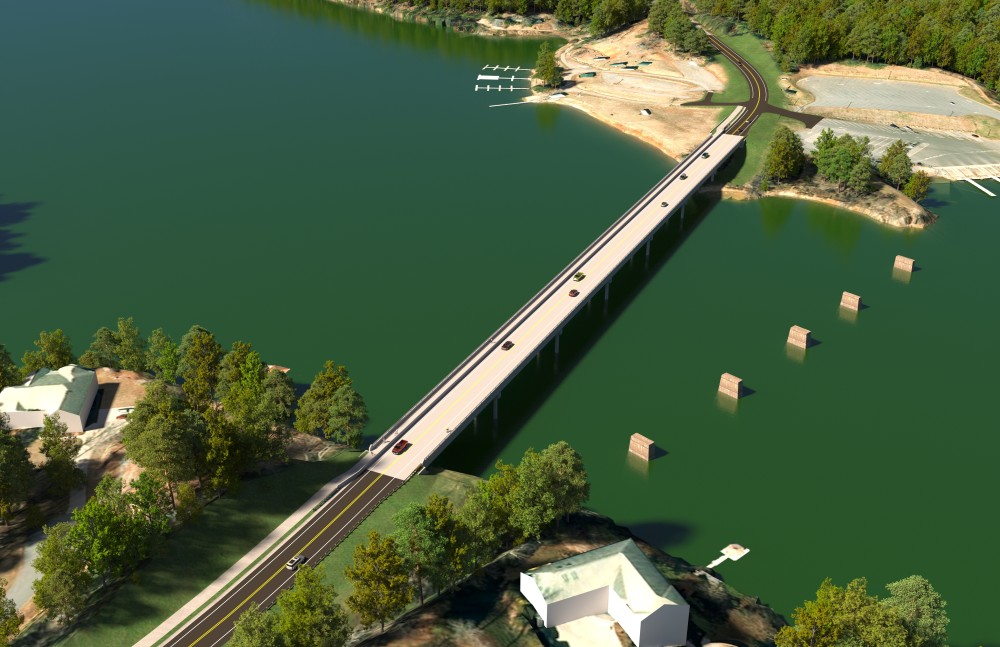 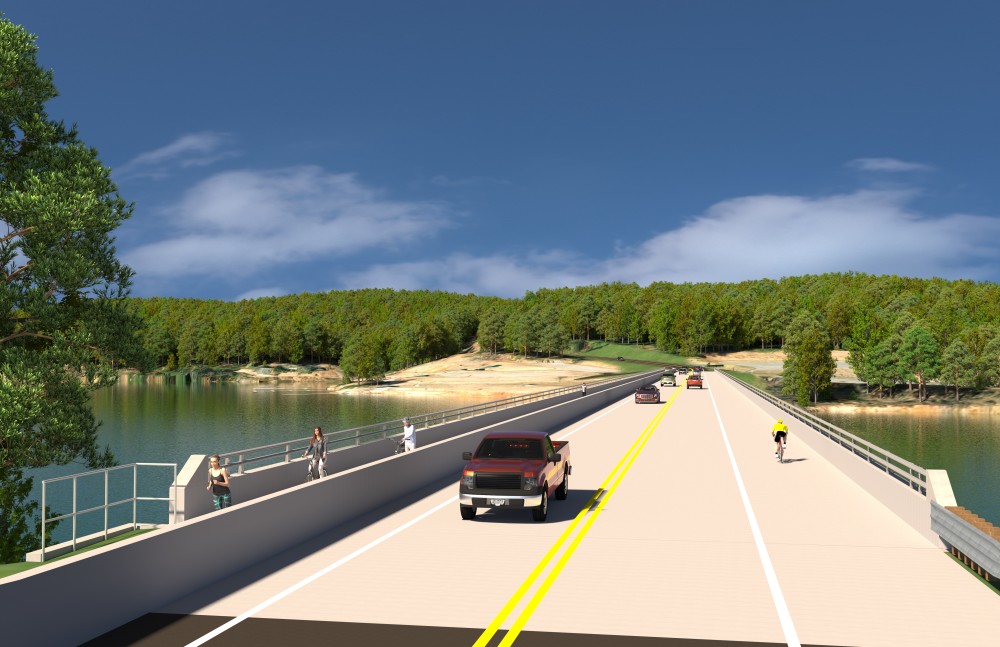 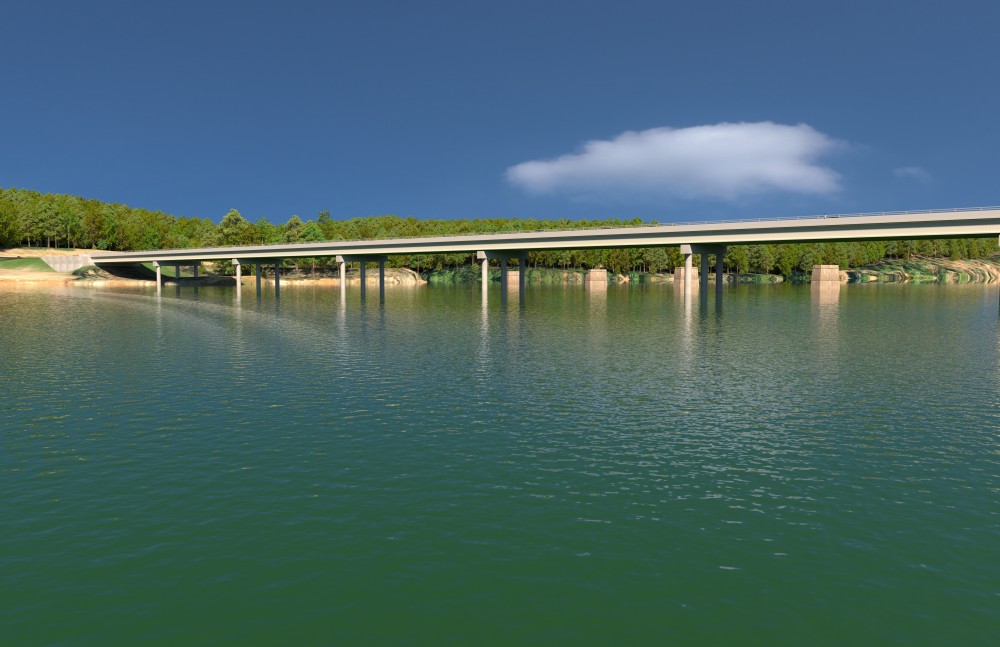 Traffic and Safety Conditions and Project Purpose and Need

Traffic forecasts and operations analysis, as well as a safety analysis revealed that future volumes are not expected to be problematic along the corridor or at intersections.  Project studies concluded that a multi-lane (i.e., four-lane) improvement is not warranted for the R-3430A and R-3430C project sections.

Three different roadway typical sections are proposed, which all include bicycle and pedestrian accommodations.

There are five roadway typical sections proposed for this section, all which include bicycle and pedestrian accommodations 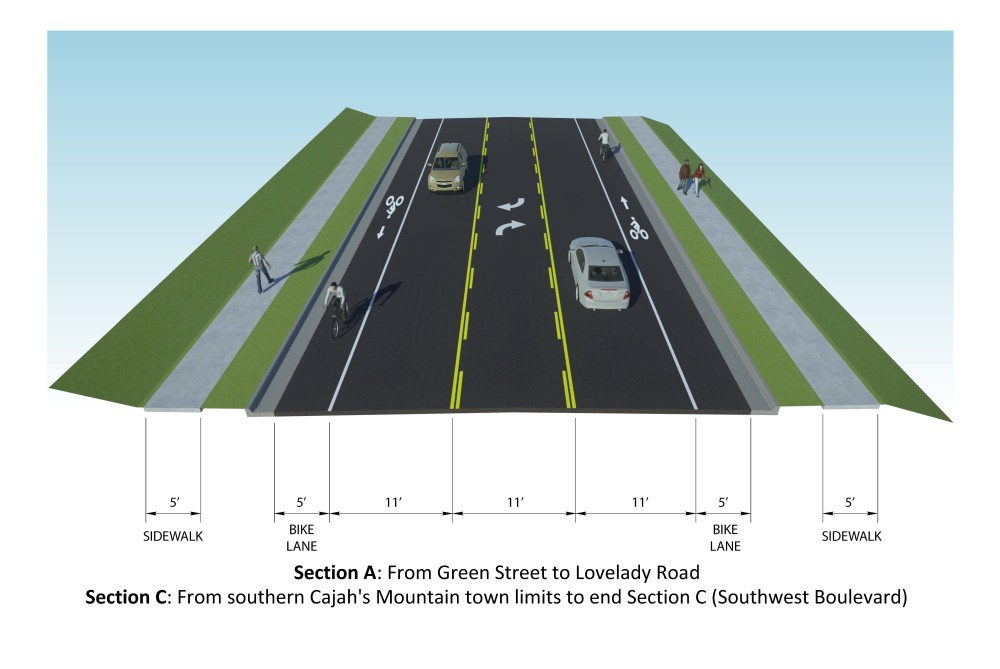 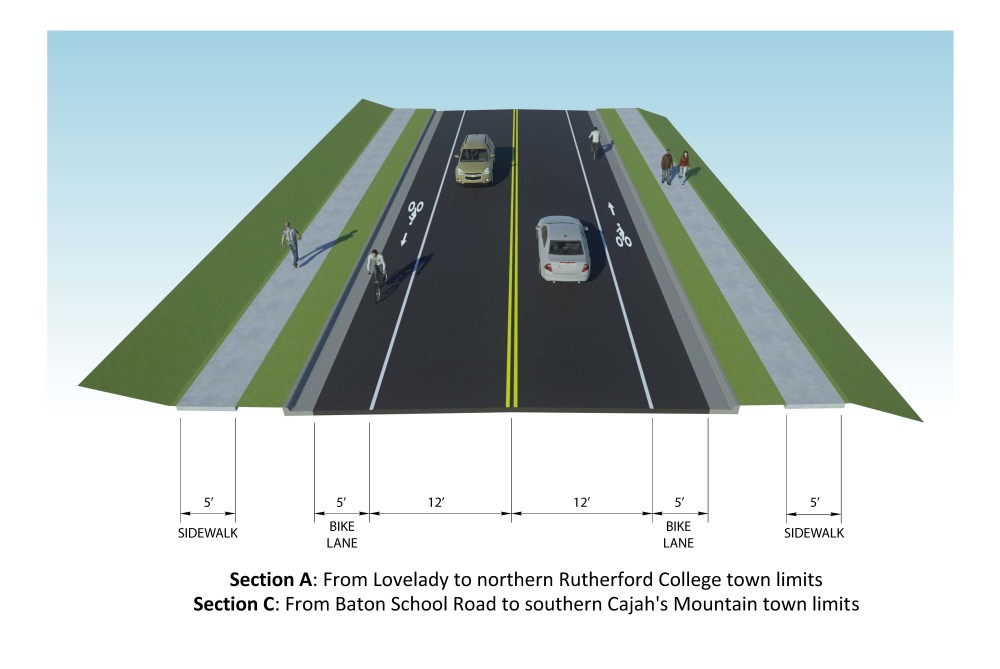 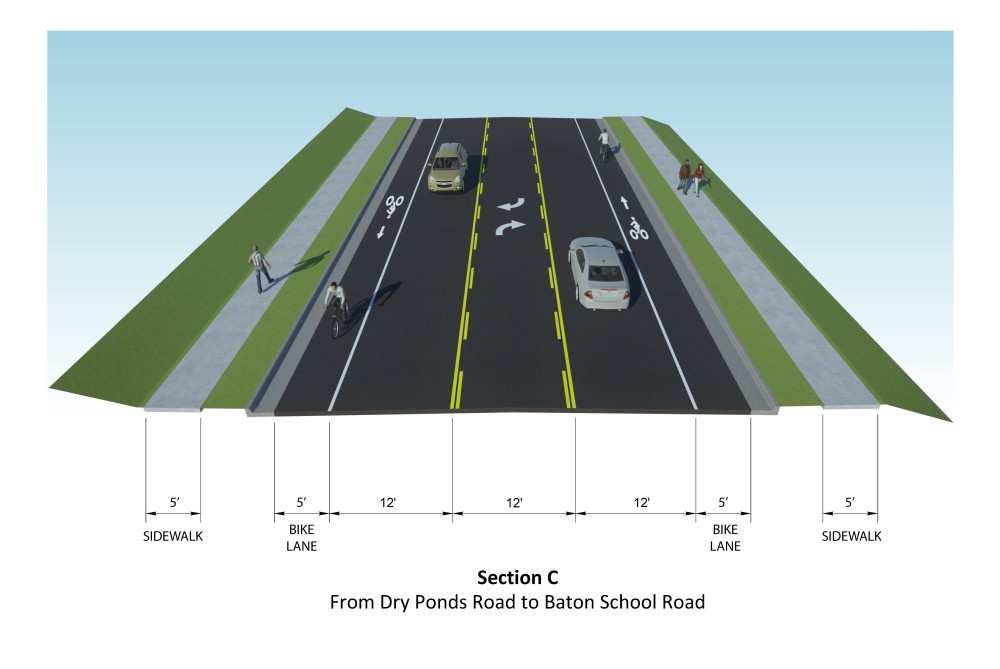 Information will be provided to the public in a virtual format on this website. The public is encouraged to provide comments or share their thoughts regarding the project. The comment period for this project ended on October 15.

R-3430A: A Roadway Section from Green Street to Lovelady Road

A video explaining how to read a public hearing or meeting map can be viewed below. The video contains information on colors used and symbology.

R-3430 is listed in the State Transportation Improvement Program and funded for $130.98 million.

All comments will be taken into consideration, and carry equal weight, regardless of submittal method

The information shown on this site includes recommendations for areas where a two-way left-turn lane (TWLTL) would provide traffic flow and safety benefits and where intersection improvements are recommended.