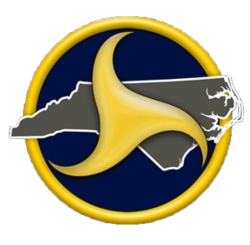 ​Preliminary engineering activities for this project
have been temporarily suspended.

The NC Department of Transportation Planning is underway to widen and improve N.C. 147 (Durham Freeway) between Interstate 40 (I-40) and the planned East End Connector (TIP No. U-0071) in Durham County. This project is approximately 7 miles in length. This project is included in the current State Transportation Improvement Plan as U-5934.

N.C. 147 (Durham Freeway) is currently four lanes from I-40 to the planned East End Connector. This corridor serves as a major urban commuter route, linking I-540 to I-85 through downtown Durham. It is heavily traveled by local residents and daily commuters, suffering from heavy congestion during peak-hours. The primary purpose of the project is to improve traffic operations on NC 147 by addressing capacity deficiencies.

An environmental study called a Categorical Exclusion is being prepared to consider the environmental effects of the project. Design and traffic studies are underway. Various alternatives are being evaluated for widening N.C. 147 including widening to six lanes (three lanes in each direction) or eight lanes (four lanes in each direction). Development and evaluation of project alternatives include traffic, crash, community and natural resource data, as well as stakeholder and public input.

​A feasibility study for this project was completed in March 2017. Planning and design work for the project began in summer 2018 and scoping meetings for the project were held with state and federal resource and regulatory agencies and local staff in September 2018. The project is listed on Connect 2045, the Research Triangle Region’s Metropolitan Transportation Plan (as amended in January 2019) for 2045. The plan calls for N.C. 147 to be widened to eight lanes.

This project is listed as Project U-5934 in the N.C. Department of Transportation’s State Transportation Improvement Program  (STIP) and is funded for $179 million.

If you have questions or comments, please email:

NCDOT Survey
Would you like to be added to the project email list?
NCDOT Survey
Do you have a comment you want to submit to the project team.
Closed for Comments
The questions marked with a red border are required.
This is hidden text that lets us know when google translate runs.